I think I'm in

First logbook entry. Not sure why I'm starting this as I'm, galaxy-wise, no-one, certainly not someone to remember through ages.
Maybe it's just a way to spend my time while docked or traveling between two binary stars.

I guess I should recap what was going on in the last days: last Friday the office at Mawson Dock was officially shut down, so I took all my things and packed up on the Sidewinder that I bought. Having being informed months ago of the closure of all operation of the software division I was working on I had enough time to buy the ship and prepare for the new life. What life you may wonder? Well, the thing is, I always worked in an office at the end, and this mess-up about the company shutdown gave me the excuse to try something new, so I bought a ship, a Sidewinder Mk I (I called her Obra Dinn, as a ship of a childhood tale) and I started doing some courier mission for money.

I officially started on Tuesday, February 4th, and.. god why I haven’t started this before?
The courier missions where super paid and allowed me to get to know some faction reps in Dromi, Matet, then Aekaliti and Voroandi systems that channeled me through special boom time deliveries that allowed me to get back my investment in like… 3 days?
I understand that travelling between stars is a risky business, but a common worker can do that for two weeks a year and earn the same yearly salary.
Anyway, great for me.

I played it smart however and instead of spending all of them in no time (yeah, I didn’t have a lot of savings nor no living relatives so the Obra Dinn is the only thing I had) I decided to make an investment and buy a new ship. Yes it seems silly as I actually owned that Sidewinder for like 4 days, but the money return and the opportunity to pair courier job with decent commodities trade was too inviting.

So I went for a Hauler class, and called it Pax Astra (again, another reference to childhood memories).
Well the ship isn’t great but it’s my home and it’s better than the Obra Dinn but most importantly it’s versatile, after a couple of days trading things between stations, I get to know a guy at Kelly Station in Aornum that suggested me refitting the ship for some exploration stuff. Nothing fancy in reality as we’re talking about orbital investigation of well-known planets, but Universal Cartographics pay a FORTUNE for them.
I spent most of yesterday travelling around Fomalhaut system and neighbor starts and perform measurement of Earth-like and Water planets and sold everything at Haise Base in the Uelliodhino System for, again, a big amount of money. I can’t say how much for privacy but… a lot! At least for me. 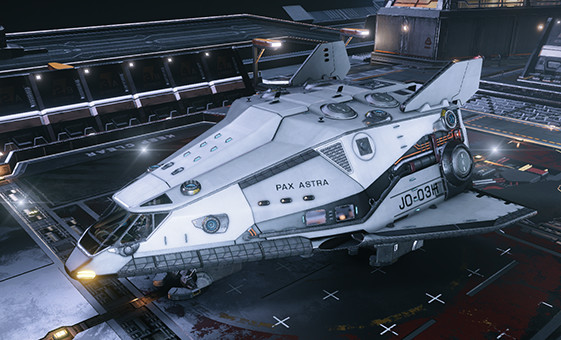 My life changed completely in a week and if I manage to stay alive out there I think I can start thinking big.

Anyway, it’s great having money to spend, willing to party and being stuck in a significant station like Haise Base. One bar, me and a beer, and of course no fun. Maybe that’s why people still keeps their job as employees on bigger ports and planets, because you have nothing to do when you are in places like this most of your time.

Anyway, part two, I need to think about scaling my business, I like this exploration-thing but I really preferred trading stuff between “civilized” places, so I need a bigger boat that will allow me to load tons and tons of cargo, and not like 16 tons like the Pax Astra. But maybe I’ll stick exploring for a day of two, just to ensure that I have much more credits to burn on the next ship. 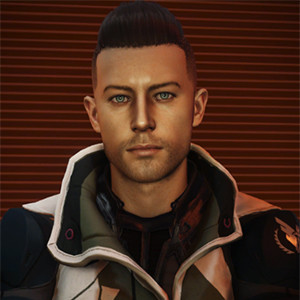