Fish out of water

Another load of painite sold. The mineral is easy enough to come by, but its hard to get a good price at the moment. I spent half the night going here and there chasing best prices, only to find the price dropping drastically upon arrival. I eventually settled on a price and headed back to the shipping team over at the Laphrian Shipyard in Artemis to see if they have thought any more about joining me on the next mining run. I was hoping that these guys to help me sell for better prices, in return I’m going to help them get a new start in the mining industry, since it looks like at least two of the four of them are facing redundancy.

Well, we made it out on the next run. Three of the shipping team decided to come with me in the Cutter, Rachel, Brian and Stavros. The other from the team couldn’t make it, but Dave from accounts came, having heard of the plan and wanting to join in on the action. Average age of them must be pushing 50, yet only one of them had actually been to another system before, some silver wedding anniversary trip in a Beluga many years ago (how old?!)

15 minutes in and it wasn’t going well. One of them had puked up (which is pretty awful in zero gravity), with two of the others looking very green. Dave from accounts started freaking out whenever we jumped to a new system. Taking the Cutter out of supercruise for a bit and ejecting as much of the sick as possible into space helped. Then, I put us in a slow circular flight pattern to generate a smooth low gravity for a bit, before resuming with the last couple of jumps to get us to HIP 21991. 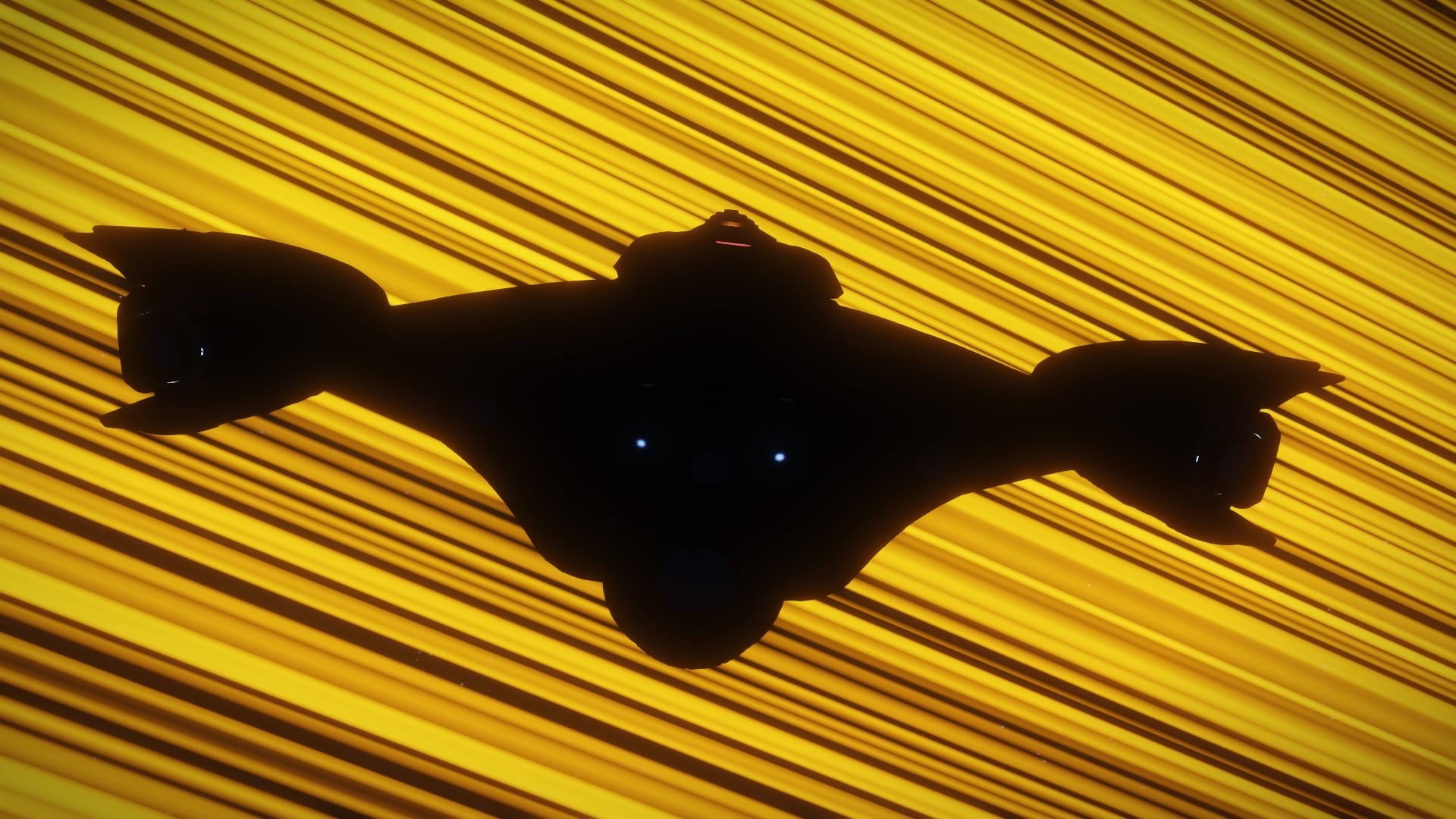 We arrived at the A1 ring, into the double hotspot (more flapping from Dave as we hurtled towards the ring). The view was beautiful once close into the asteroids though, and took the crews breath away. The large crescent of the planet and the glistening rocks suspending in its orbit. I was taken back to the first time I saw such a site many years ago.

All was quiet for the first moments, but I knew they’re lurking out there – pirates. Nothing on the radar, except for a couple of smaller ships who were mining some 8km away. We run through the scanners, the controls, what to do and what not to do. Then onto the mining, limpets and mining lasers, with Dave working his way meticulously through the instructions, asking about operating procedures and risk assessments. Each member of the team took turns to control the ship. Nothing like learning on the job. They’ll be in a much smaller ship to start with, so if they can handle the Cutter, they can handle anything.

Several hours later, we called it a day. Progress was a little slower, but these guys can help me get a better price to offset that. Just as we’re wrapping up, a gang of pirates come in close and demand a cargo drop. I had been partly hoping for this, partly not. Its good to show the team what dangers there are, but other the other hand, this sort of confrontation may put them off completely. Two Eagles, a Sidewinder and a Viper. Outnumbered four to one, and with much more maneuverable ships. But the Cutter outguns them all and their shields fall within seconds, sending each of them off one by one. My advice to the new mining team? With a small fast ship, you should just get out of there as soon as they’re on your radar, as soon as you realise that the ship coming towards you is wanted. I showed them how to boost out quickly and slip away, how to run in silent mode, how to drop countermeasures and how to jettison cargo if needed. Additionally, they should make out they are some kind of research vessel, give their ship a boring name and livery and carry a load of water or something very cheap that no-one would want. As long as they keep to a few simple rules, they’ll be safe.

We had an indiction attempt on the way to our selling point, and I show them how to keep calm and escape it. This will be even easier in a smaller ship.

I feel a bit uncomfortable about introducing these people to a more dangerous way of life, the least I can do is get them kitted out in the best possible way. With their help, the haul was sold for a much better price. The extra tips and tricks they give me for getting the best deals will pay dividends in the future too. With the extra cash they’re bringing in, they can get kitted out with a much better ship, the extra cash will also cover their registration costs and pay for their formal flight training.
Do you like it?
5
Shiny!