What is Inara Nexus?
Inara Nexus is the official player minor faction of this website, INARA.cz. Our goal is to establish neutral ground to serve as a meeting place for commanders regardless of play style. Doesn't matter if you're a pirate, bounty hunter, Imperial or Fed, you can find a place here at Inara Nexus.

How can I help?
Naturally, we appreciate any effort in securing our position in the galaxy. First and foremost, please respect Inara and related Inara Nexus systems by refraining from unprovoked attacks on other commanders. Second, watch this space regarding community goals, faction missions, and other background simulation excitement!

Do I need to abandon my minor faction?
Absolutely not! Inara Nexus is a faction that operates aside of your minor faction. We do not require you to choose. If you are willing to help, great! If you are not, that's fine too.

CURRENT OBJECTIVES:
The list of agreements over various star systems the Inara Nexus is in and that should be respected by all IN supporters: 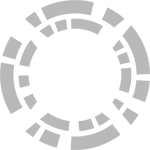 The minor faction influences in all star systems for 30 days. When too many star systems are present, the systems with biggest influence swings in the last 10 days are prioritized with the trends displayed (positive changes in blue color, negative in red, home star system in yellow). The star systems displayed can be changed manually by clicking on their names below the graph.

The Inara Nexus was founded in 3303 as a home for those who wish to be free from the politics of the rest of the Bubble. More recently, it has served as a refuge for those weary of galactic strife, welcoming those from all walks of life. In exchange for a voice in everyday affairs, new citizens are asked to respect the principles of neutrality and peacefulness. All are welcome regardless of affiliations, though tolerance and civility is expected of guests and residents alike.