Ship Design and Engineering have been core principles of the Greybeard philosophy for centuries. Our forefathers aided in the early development of ship engineering, particularly that of Frame Shift Drive technology, before becoming lost to the Formidine Rift.  It was here that the earliest glimpses of the Formidine Greybeard Guild would be seen. 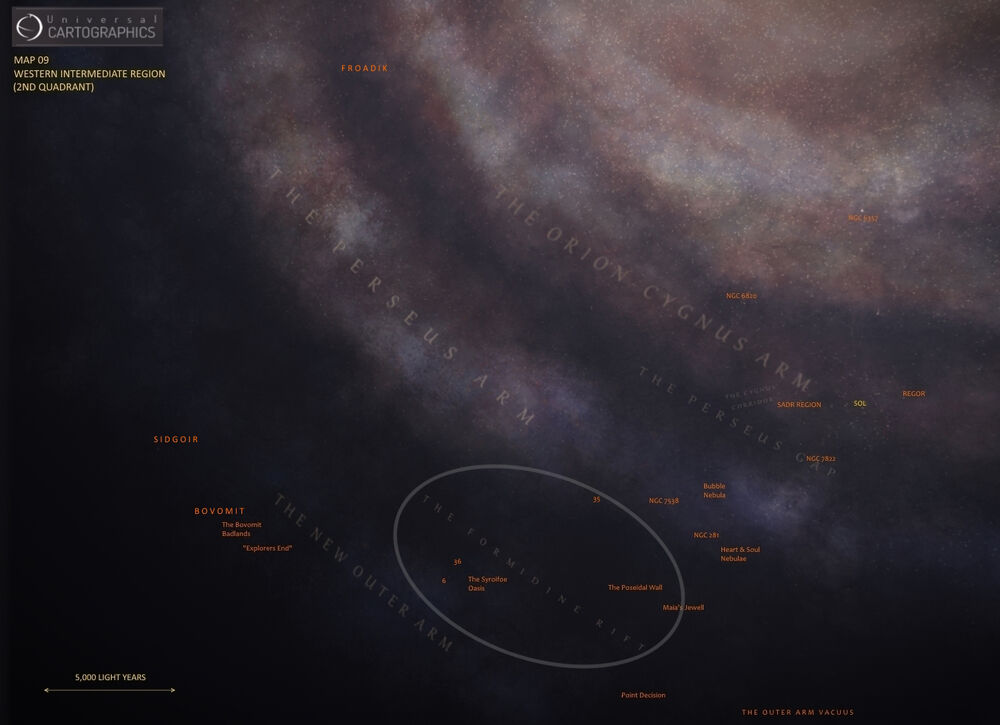 The desire to return to human civilization was such, that through meticulous research and experimentation, their primitive Frame Shift Drives (FSD) were eventually able to achieve a jump range capable of returning them to Sol. 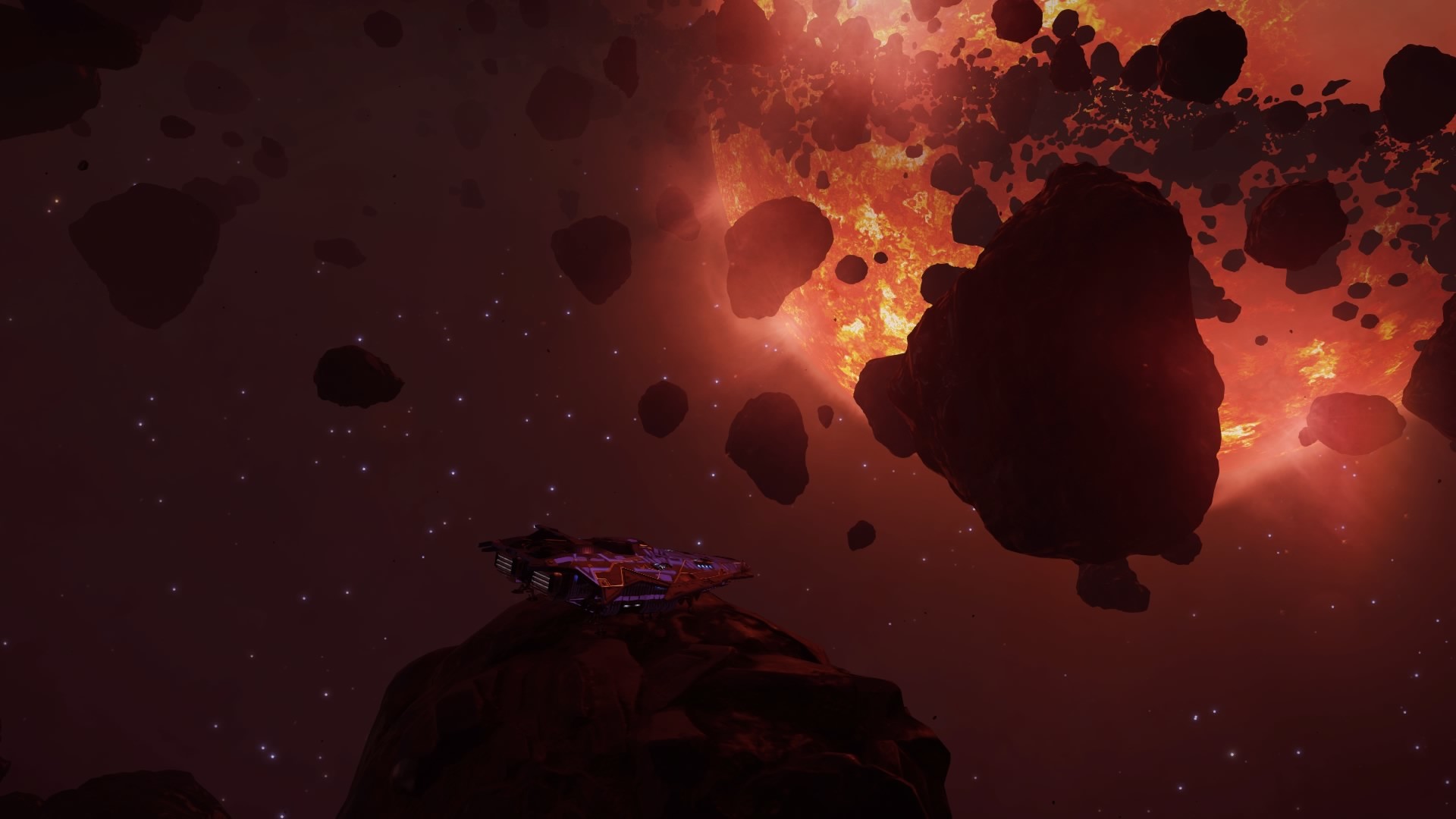 Upon returning to Sol, they noticed the Bubble was torn between Federal and Imperial Super Powers, neither of which the Formidine Greybeard Guild wanted anything to do with. They and theirs wanted little to do with these politics, however understood the importance of its manipulation. They were far more interested in the vastness of the galaxy, exploration/research/mining in its numerous systems and testing the limits of the galactic plane. This always harkened the thought, of their initial entrapment in the Rift and wanted never to be dominated by the Galactic perimeters ever again. 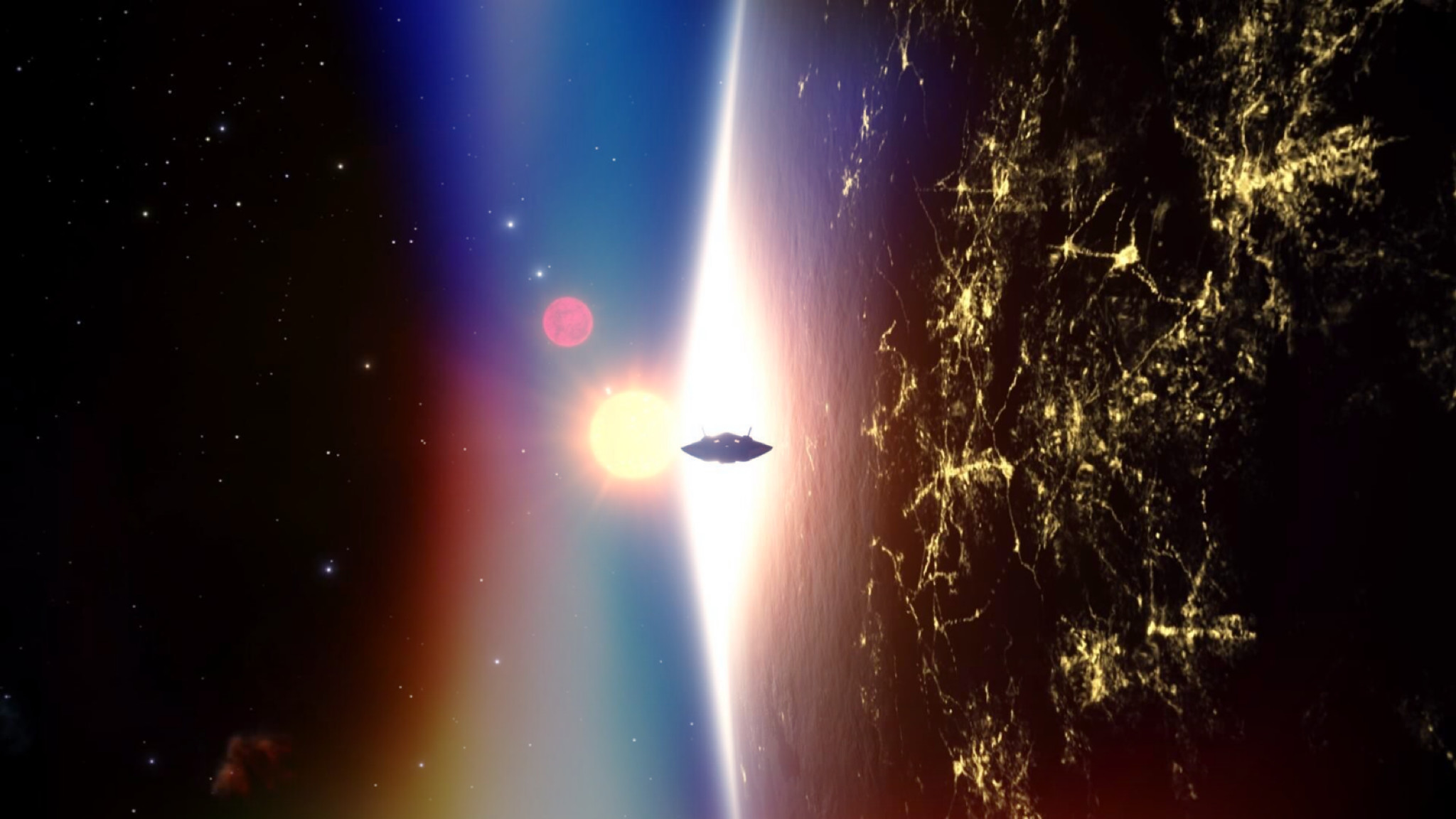 The Greybeards knew that engineering had evolved since their forefathers had been lost and vowed to unlock these secrets to attain their goals. They spread agents, mainly Greybeard's and White Wolves, out along the bubble to study engineering principles of Power Plants, Power Distributors, Ship Thrusters, Shields and Life Support.

Through this engineering renaissance, their ships became part of the foremost fleet in the Galaxy.

Despite the ongoing narrative from the Manni (Greybeard for men from the Bubble) that they were of lesser measure, the Greybeards held the best FSD Engineering known across the Milky Way.

Deciat was the system at the forefront of this technology and one Greybeard, dedicated to exploration and mining, with the surname Farseer stayed behind to ensure the continued development of this nearly sacred technology.

As it became obvious the Greybeard fleet was a force to be reckoned with, the political arms of the Federal and Imperial forces, as well as other Black Orginizations began the attempt to infiltrate, eliminate and absorb them. While some did succumb, a new force emerged out of the Formidine Greybeard Guild.

This rogue group of scientists, explorers and miners had finely designed ships and swore their allegiance to only one power.. that being the honor, engineering prowess and wisdom of their ancient Greybeard ancestors.

They would remain Independent as a whole although certain agents would remain allied on the surface to Federal and Imperial forces to aid in manipulation of trade and conflict.

From this group of dedicated Greybeards arose the Greybeard Delta Squadron.

They were hunted by dark corporations, and attacked by political lobbyists, in attempts made to take their sacred designs and technology and exterminate them.

He was closest to Mark of the Rift who helped him set his course and Merlin (although most knew him as Maerlyn), his closest adviser. Mark knew that their political enemies would not rest until the Greybeards were destroyed and Flagg’s head held high on a pike. Mark ordered that the The Oracle be sent into isolation, to the furthest reaches of galaxy. Merlin was sent with him as his closest advisor and confidant. 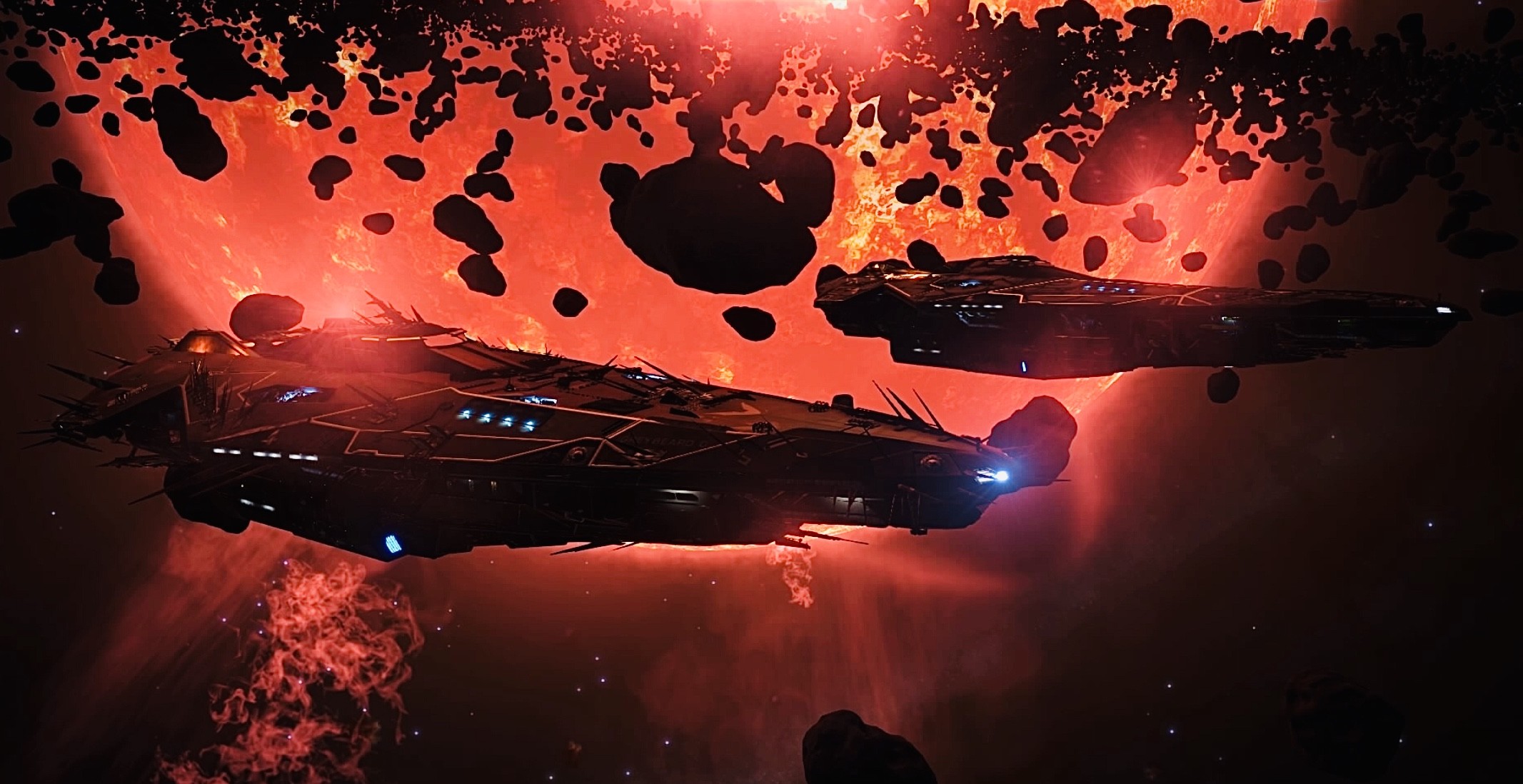 Meanwhile Mark of the Rift dispersed his agents throughout the bubble, some as traders, some as miners but most as explorers. Here they manipulated systems and factions to aid in the squadron’s continued acquisition of technology, while continuing to avoid the powers which surrounded them.

The two exiled Greybeards were thus given cover to make their way to the remote system of Kojeara in the Colonia region, where they befriended an old miner named Tolagarf, whom they lent their services.

Tolagarf sought the last of the remaining true Carbon Stars in the galaxy; rare gems of dying stars thought to hold unnatural power. 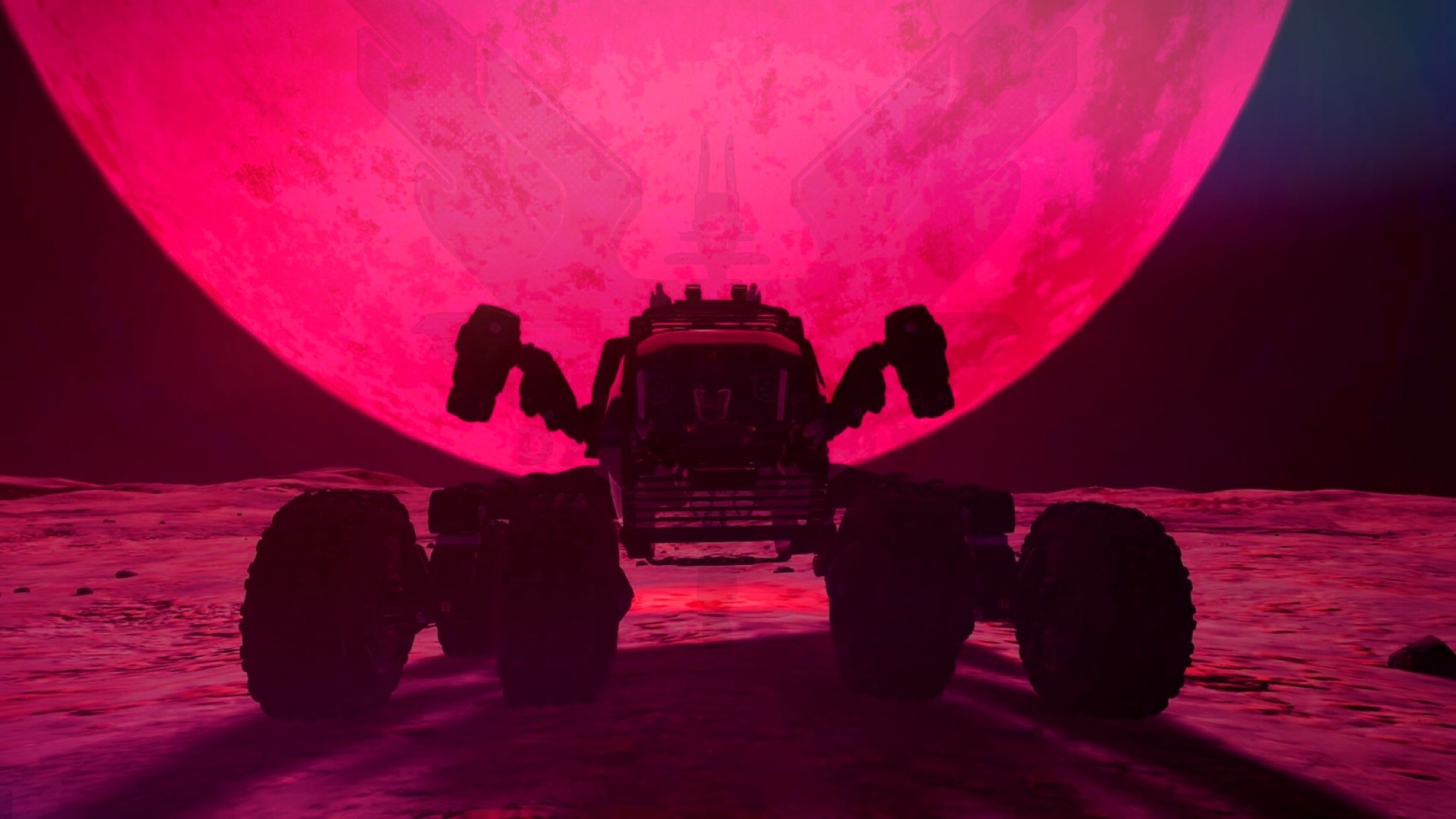 The Oracle had committed himself to finding these for Tolagarf  in exchange for the solitude of his “junkyard” where he and Maerlyn would be able to continue their research and exploration in hiding, unbeknownst to their enemies. 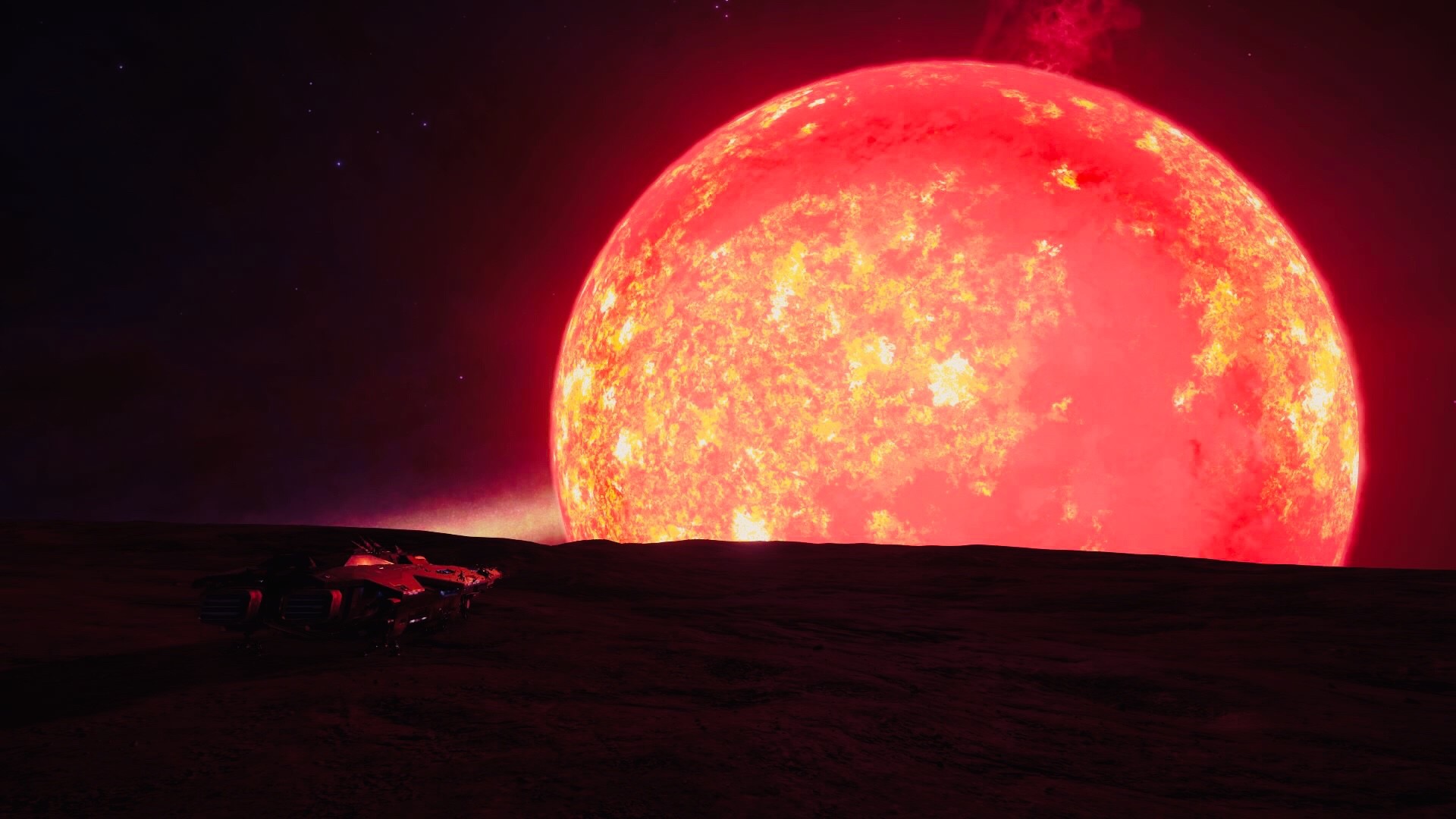 This, in conjunction with their allies in the bubble, under the keen eye of Mark of the Rift , allowed the Greybeard Delta Squadron as a whole, to continue their dedication to the advancement of technology and engineering so as to never have a ship that would be conquered by the Galaxy ever again.