This is Jav Marlo, on board the Deimos, on high orbit over Upaniklis B, where the Generation Ship Golconda was recently found adrift.

It is amazing. The inhabitants of this megaship have survived in total isolation for more than a millennium creating a self-reliant society. They have crossed incredible distances, without hyperdrive technology, entirely disconnected from the rest of humanity… until now. 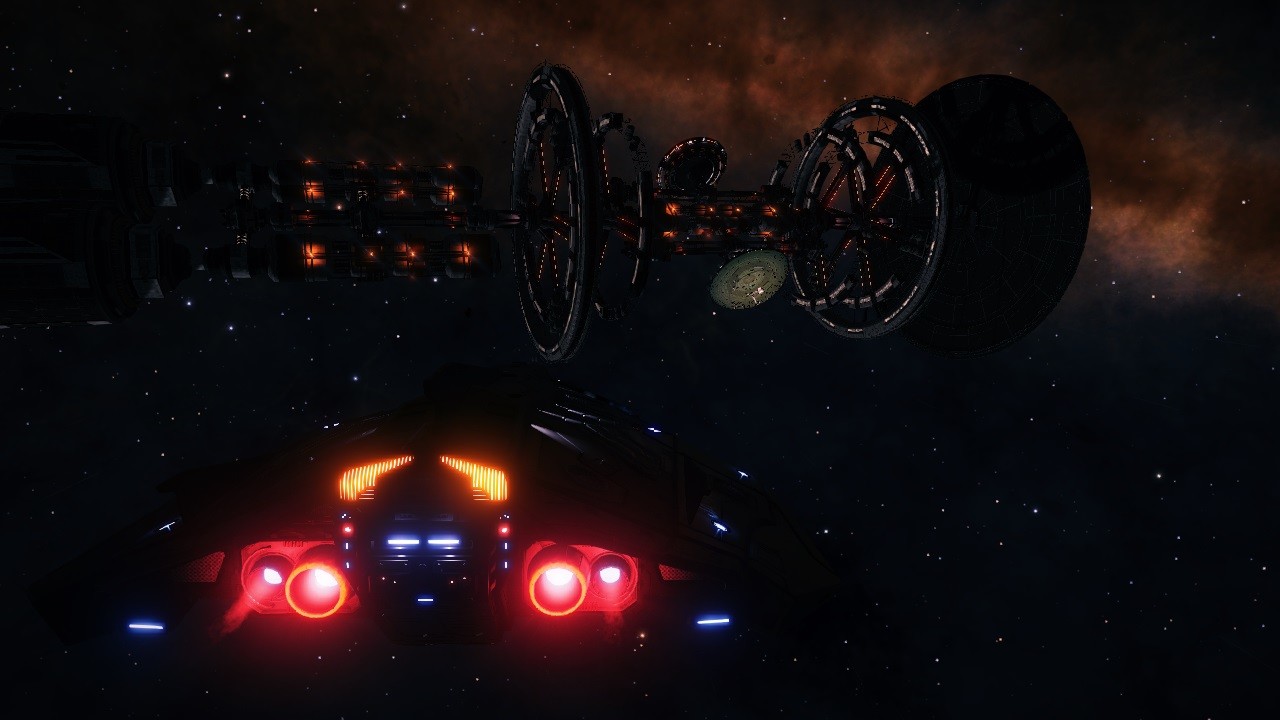 The Deimos in front of the Golconda (Upaniklis)

In eighteenth century in the American continent of old Earth, the figure of the pioneer emerged claiming his place in the popular culture. They were soldiers, workers, trailblazers, cowboys, trappers, prospectors, miners and the like that ventured into unexplored territory in search of a new life, looking to establish permanent settlements and colonize the West. Three hundred years later, imbued with that same spirit, the first Generation Ship was launched from Sol, and soon was followed by approximately 70,000 others over the next decades. They were large starships with self-sustaining environments designed to travel interstellar distances at sub-light speeds. All these was before the advent of faster-than-light travel and cryogenic stasis, so the Generation Ships were prepared to support hundreds or thousands of people for centuries. Successive generations of colonists would be born and raised in the confines of a Generation Ship until it finally arrived at its destination world, which the latest generation would then colonize. The first pioneers of deep space exploration. 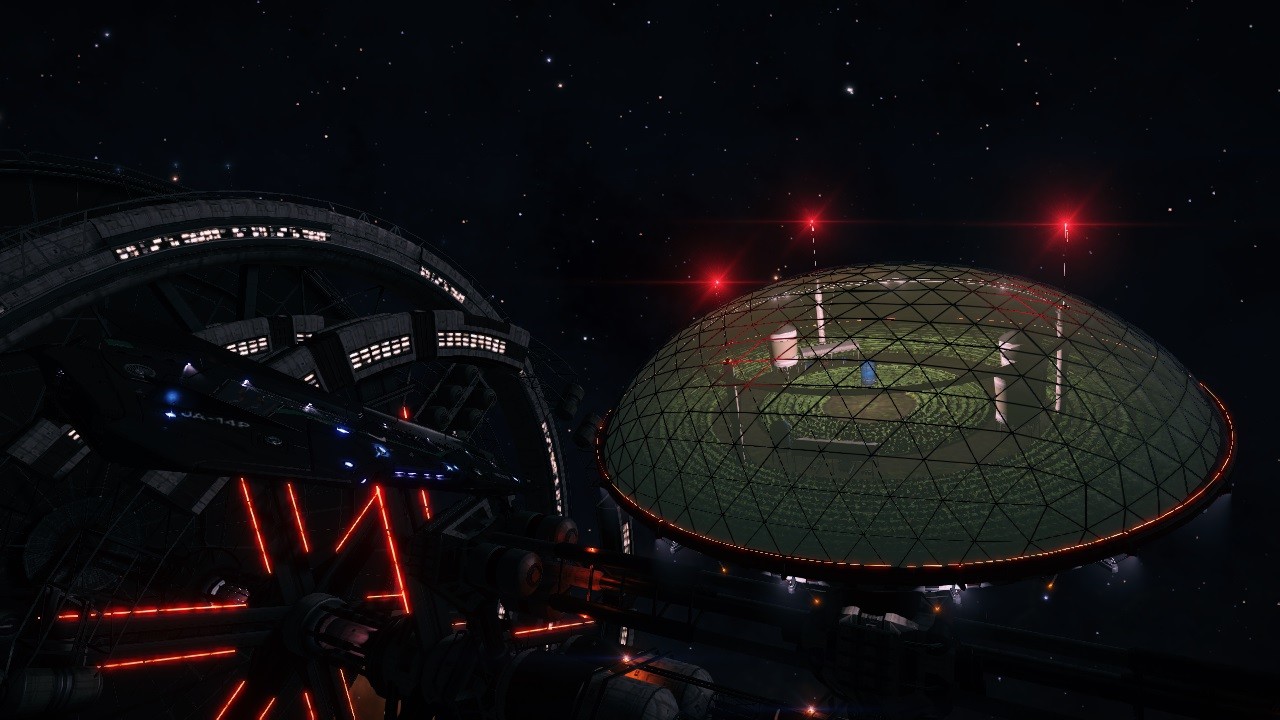 According to the GalNet, many of these vessels were launched ill-prepared for the arduous journey that awaited them, and many of the corporations that funded the vessels were dissolved or assimilated by other organizations over the years, making it difficult to keep track of their positions and ownership. While the vast majority of Generation Ships reached their destinations without incident and established successful colonies, a fraction counted among "the Missing" were lost in transit and are now sought by explorers and treasure hunters. 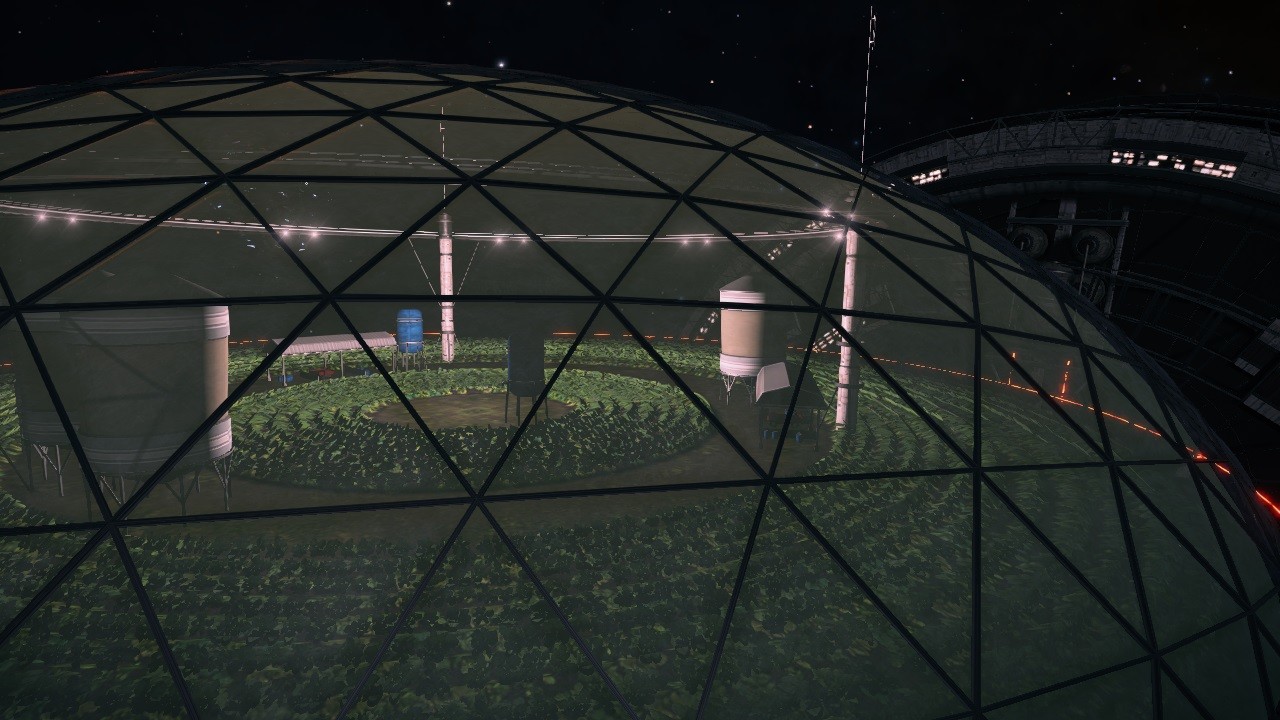 Detail of the Golconda’s Bio-Dome

Many of these lost Generation ships have been found: the Lycaon, the Venusian, the Hyperion, the Odysseus, the Thetis, the Pleione, the Atlas, the Lazarus, the Artemis, the Phobos, the Demeter and more. And all of them have something in common; their crews died in a horrid way. The commanders that found them tell stories about alien contagions, pirate raids, messiahs, riots, diseases, craziness, homicidal tendencies, genetic anomalies, catastrophic malfunctions, serial killers, human sacrifices and even cannibalism, among other horrors. 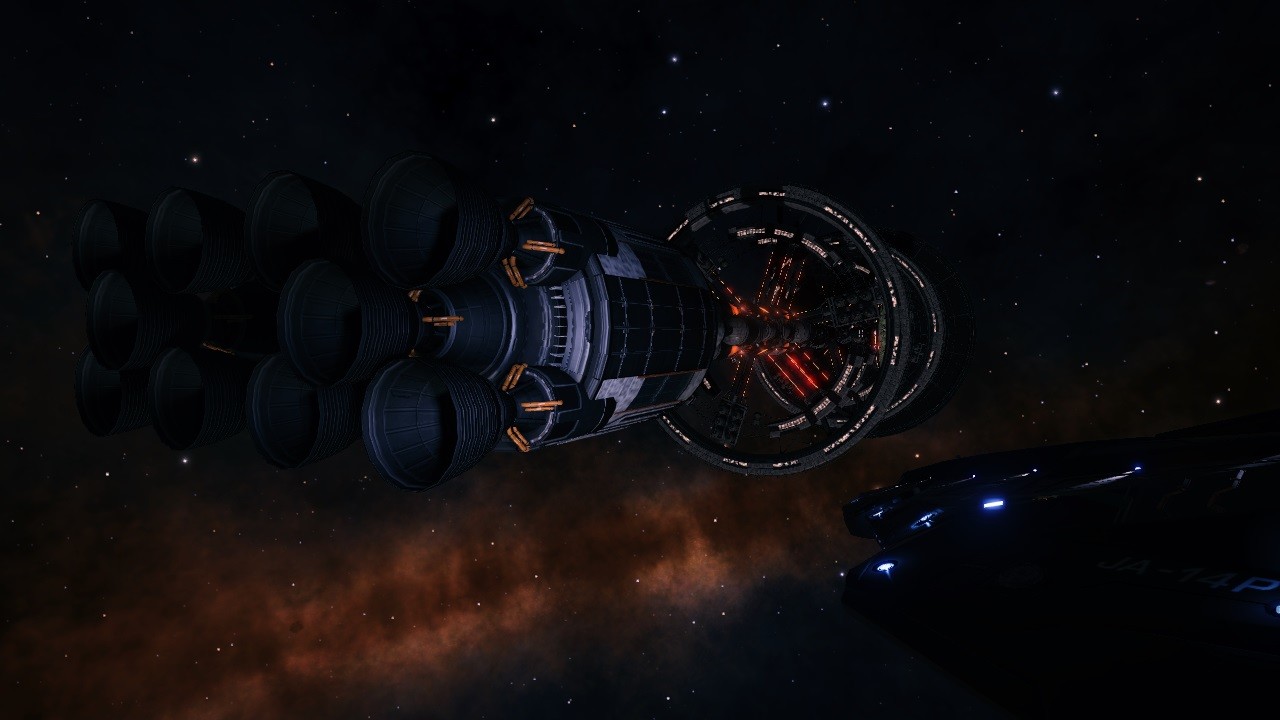 One week ago, one of this “Missing” vessels, the Golgonda, was found in the Upaniklis system and, incredibly after more than a thousand years, it was still inhabited. The crew of the Golgonda have reported a lack of maintenance materials and medical supplies and, what is more pressing, that a virus is sweeping through the ship. Despite the dangers, the galactic community has rallied to help this pioneers of one millennium ago, just to find that they have developed and isolationist culture. It seems that they just stablished contact after years of self-sufficient because the viral outbreak has depleted their already meagre supplies. The people of the Golconda has been disconnected from the rest of humanity until now, and are quite reluctant to leave their home or interact with the rest of the galaxy. I do not blame them. The Empire and the Federation have already their ideas about what to do with the inhabitants of the Golconda. I guess none of them asked them what they want. 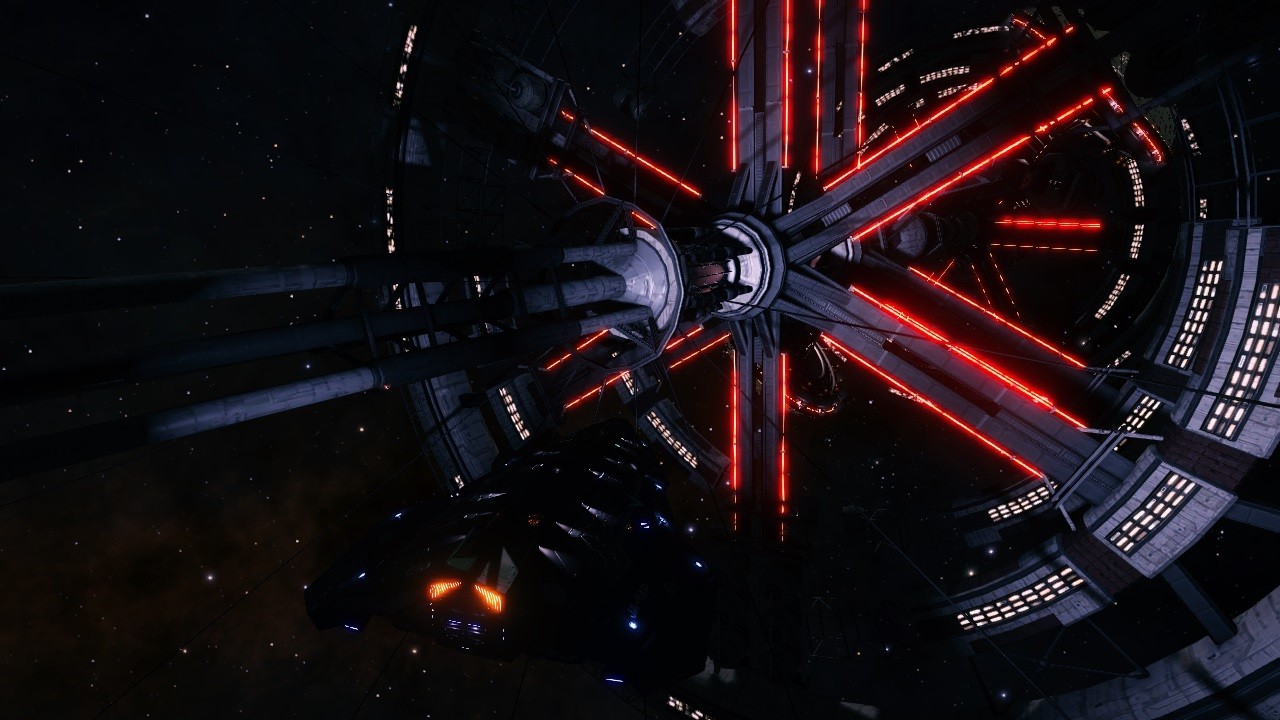 The Alliance is not taking part on this galactic initiative. And regarding me, I have come here because I wanted to see a Generation ship with my own eyes, since soon I am about to embark in a quest to search for one. But the Generation Ship I am looking for is totally different to these old ones, …and much more mysterious. 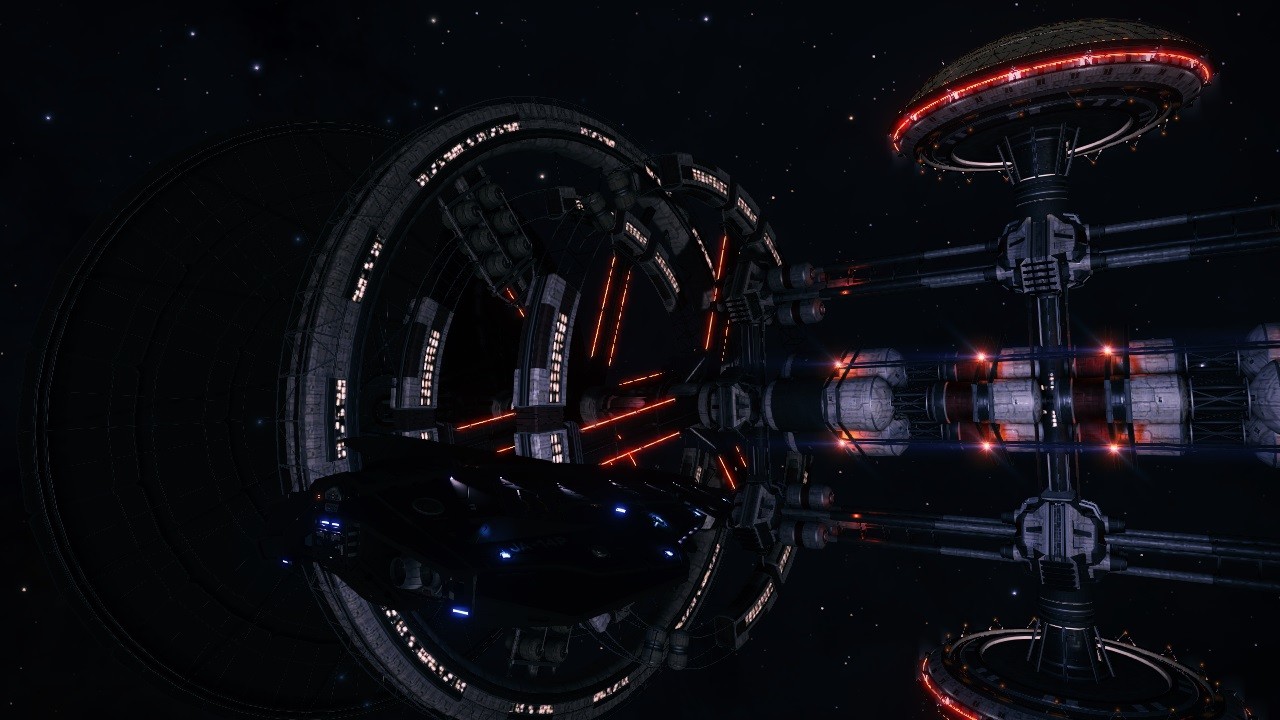 Some days ago I finally got to know Bill Turner, the engineer, son of Mic Turner, hero of the Alliance. It was not easy to reach him. About one year ago I knew professor Ishmail Palin in his old base in Maia. I helped him collecting some Thargoid samples and he listened to my story about the disappearance of my father in Merope. He put me on track and suggested that I should investigate what was my father doing there, instead of trying to find what happened to his ship. He also said that I would not be able to get any answers from the government, but there are very influential people that are aware about every cover operation that runs in the galaxy and that, maybe, they could be willing to help me. He gave me two names: Lori Jameson and Bill Turner. He also suggested that Bill Turner may have a hidden agenda. Alas, that is the only lead I have right now. And the information I got from Bill Turner has been quite… disturbing. 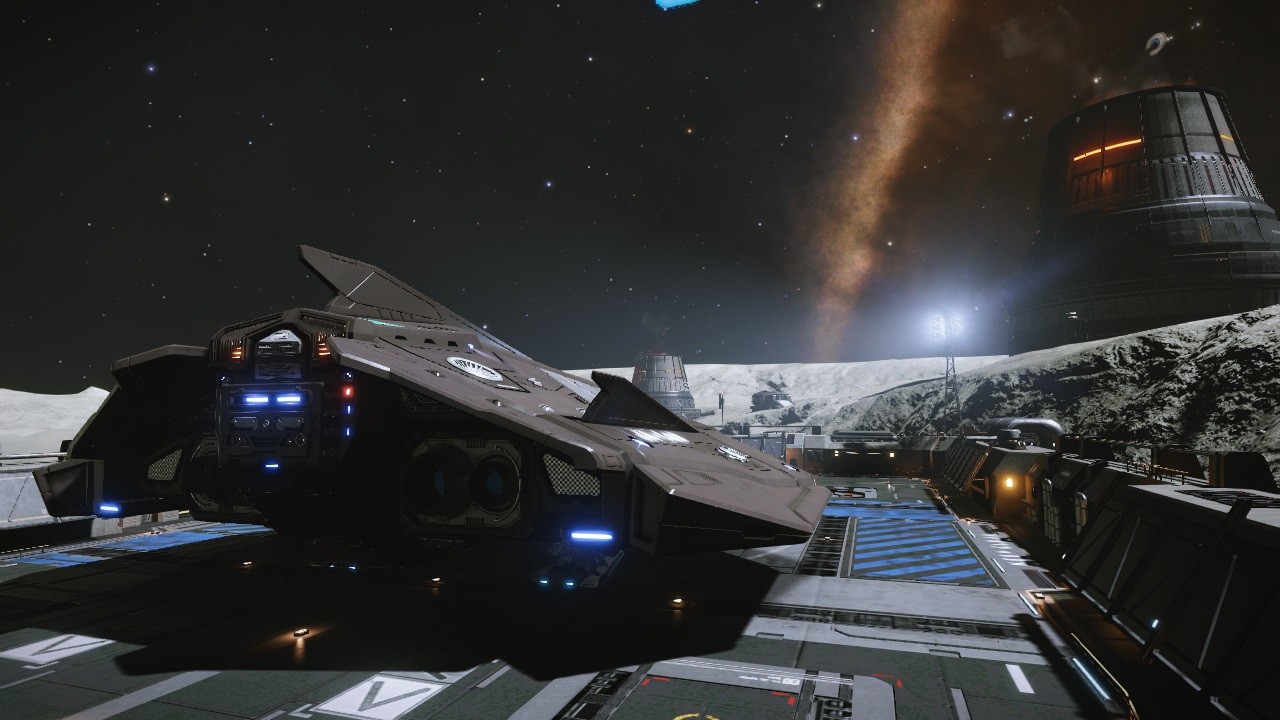 I met Bill Turner in his base of Turner Metallics Inc. and I told him everything that I knew about my father’s disappearance, how his ASP was found adrift in Merope and the possible connection with the Thargoids. I skipped the part about him being probably a double agent from the Federation and my recently found brother Zal Marlo. Turner listened patiently and asked me to stay in his base for a day as his guest.

The following day I met again with Bill Turner and he told me that, after digging into the Alliance databases, he has discovered that when my father disappeared he was coming back from a cover operation for the Alliance in the Formidine Rift. His mission was to follow the track of a Generation Ship that had been secretly launched in 3270. He did not mention any connection of my father with the Federation nor why he never made it back. When I asked him about his ship being found adrift in Merope, he just said that the Thargoids probably interdicted him. That many ships have been lost in the Pleiades nebula in mysterious circumstances before we knew that the Thargoids were back. Bill Turner even provided me with a copy of the original route my father was supposed to follow. He said that, according to the data he extracted from the Alliance databases and the route of my father, it is quite plausible that my father might have been looking for the Zurara. And that is all I could extract for him. 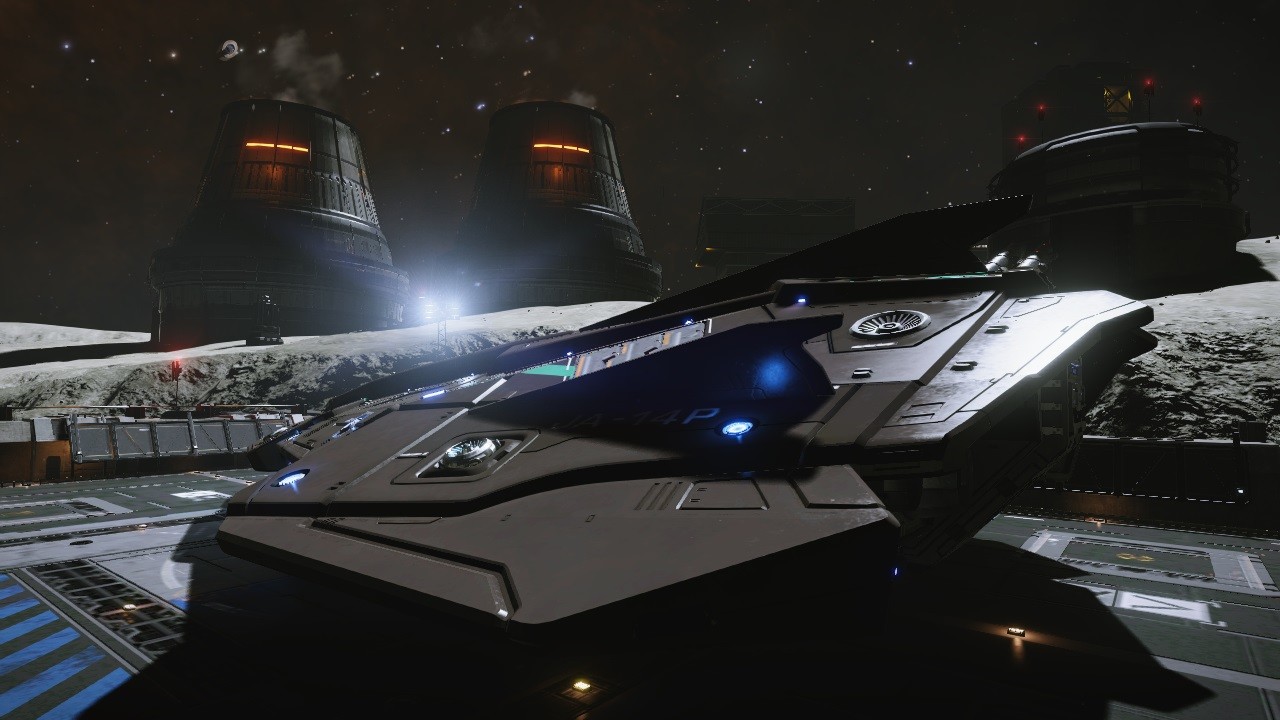 The Zurara, the megaship in the middle of the Formidine Rift mystery. A mystery involving the Children of Raxxla and Kahina Loren herself aka Salomé. Is it possible that my father was looking for that haunted ship too? The Zurara was launched in 3270, more than a thousand years later than the first Generation Ship sailed, so it relied in hyperspace technology, at least the old one. It was not until late 3290s that Frame Shift Drive technology became available opening a new era of exploration. The trip of the Zurara to the Formidine Rift may have taken years. With the advent of Frame Shift Technology, and Asp Explorer, like my father’s, could have cover that distance in weeks, or even less.

I first heard of the Zurara more than two years ago, when I was still in Asellus Primus. The story about the discovery of the megaship and the crew that sabotaged their own vessel before killing themselves was published in the GalNet. Years later, while participating in Distant Worlds 2, the leaders of the expedition, Erimus Kamzel and Dr. Kaii lured us to the Conflux Delta Site. The registers the settlers recorded before they died haunted me and that drove me to seek for more information. That is how I got to know about the Dinasty Project and the expeditions to the Hawkin’s Gap, the Conflux and the Formidine Rift. The mystery involving the Children of Raxxla and that probably caused Salomé’s utterly demise. 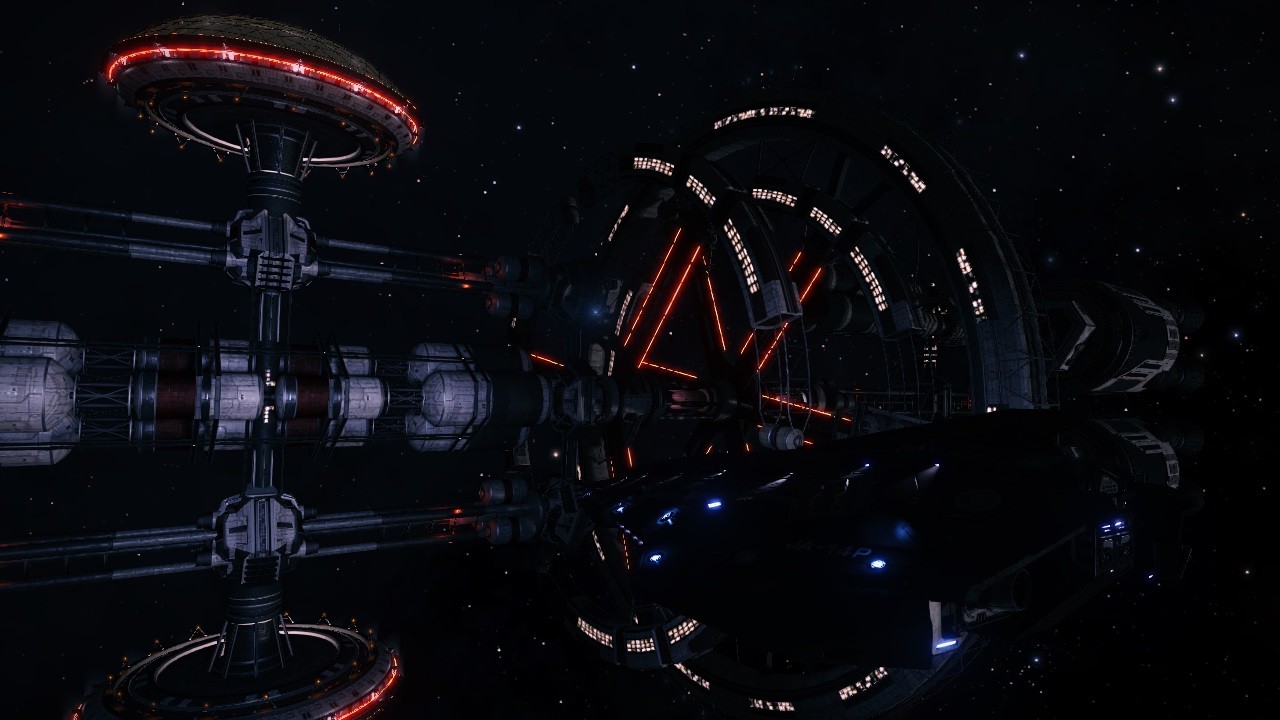 The Deimos in front of the Golconda (Upaniklis) 2

And now my father may be part of that mystery too. I learned during Distant Worlds 2 that the unregistered comms beacon of PRU AESCS NC-M D7-192, the system where the Conflux Delta Site was found, could be part of a net of several navigational beacons in the regions of Hawkin’s Gap, the Conflux and the Formidine Rift set to provide the planetary location of several settlements. These settlements would be staging posts for the mysterious Dinasty Expedition that traversed these locations three decades earlier and set up bases there. But who sent that expedition? With which purpose? Why the Alliance sent my father to search the Zurara? Did they know he was an officer of the Federation Navy? Alliance secret services does not skip details like that. There are still so many questions unanswered.

So… I am venturing into the black again, to the Formidine Rift. To try to find more clues about my father’s disappearance. To see with my own eyes. I will try to follow the original route of my father that Bill Turner provided me. Maybe that will help to know what he was up to. 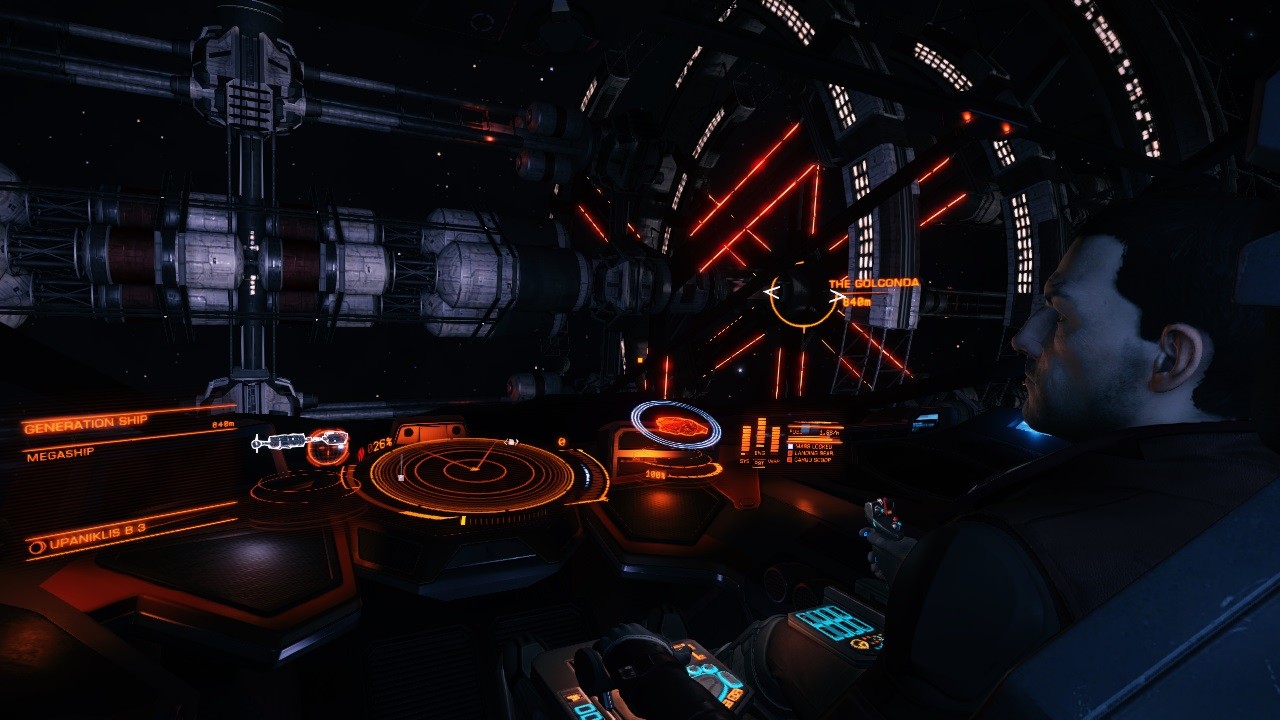 Jav Marlo on the Deimos observing the Golconda

But first, I must return to Hamilton Gateway, my base port, the headquarters of Alliance Elite Diplomatic Corps, and get rid of my mysterious passenger. She did not complain when I told her about the detour to visit the Golconda. Indeed, I think she was delighted with the delay. I thought she was in a hurry because she did not leave the ship when we landed in New Beaumont Dock for more than 24 hours. But maybe I was mistaken. I think it is the idea of leaving this ship that discomforts her. Well, I do not care. We will arrive to Wolf 406 soon and my mission of carrying her to a safe port will be fulfilled. From there, she will not be my problem anymore. And besides, I have a lot of preparations to do. The Formidine Rift is far away and I do not know what perils will I find there.

Jav Marlo signing out.
Do you like it?
12
Shiny!