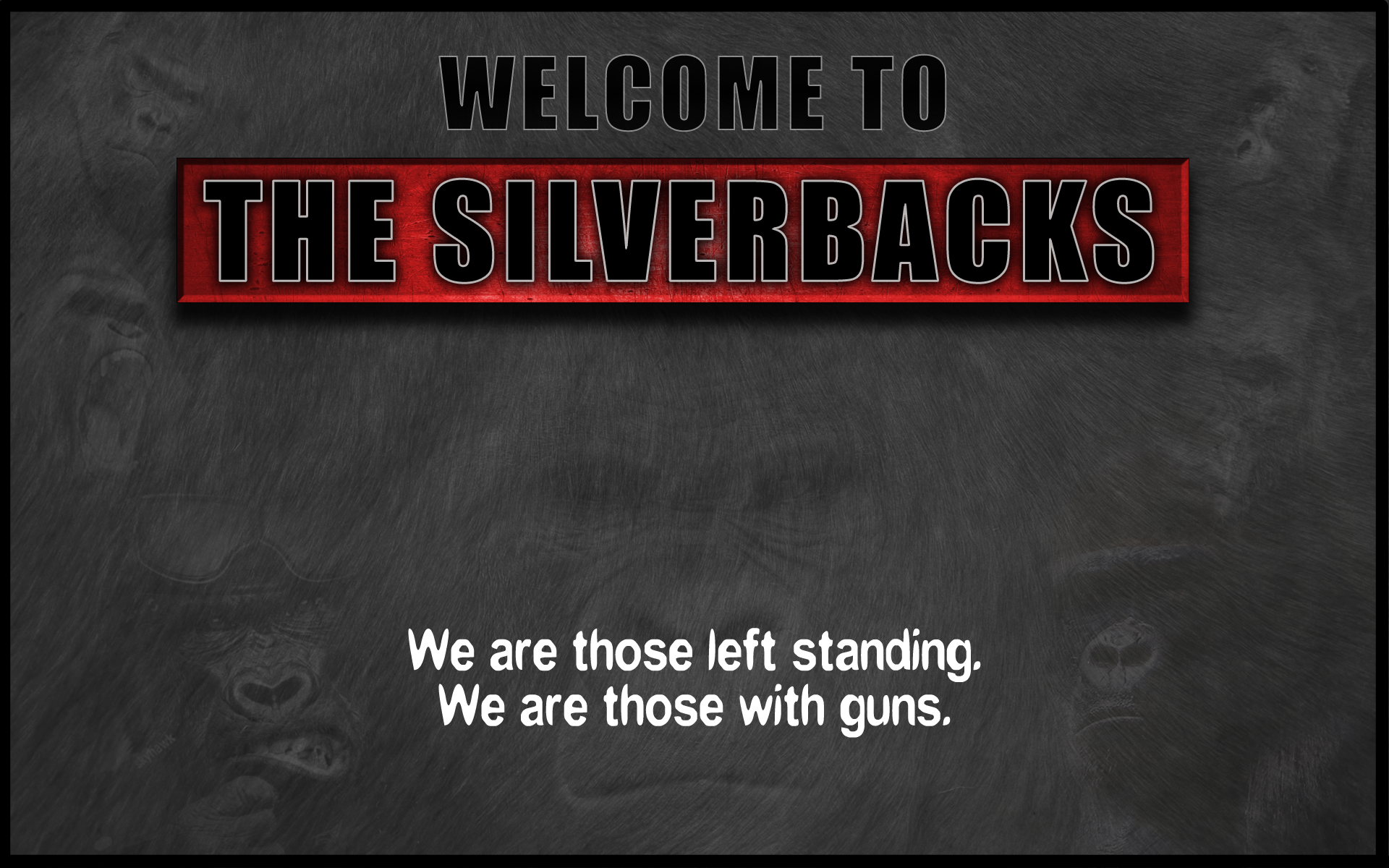 Old man jokes aside, all ages, genders, and lifestyles are welcome here as long as you don't mind a bunch of geezer gamers waxing rhapsodic about vintage games, gear, and "the good old days" when Pong was king.

This is a safe place for all. Don't be a dingus and all will be well.

What are the Silverbacks all about?

This squadron started as a funny and nostalgic conversation with a bunch of older gamers in the Inara discussion threads. The joke was made that we should call ourselves the Silverbacks, and on a whim the new squadron was founded.

While we are officially not committed to a major Faction or Power, the Silverbacks are committed to fighting the fair fight. We defend humanity from Thargoids, the defenseless from pirates and murderers, and we uphold the principles of Liberty and Democracy.

We have a number of operations in place, from managing the BGS in our systems, destroying pirates, and combating the Thargoid threat, to peaceful exploration, trading, and mining. We also provide opportunities for commanders new to any aspect of the game to learn the ropes in tandem with some of the most seasoned commanders you'll find anywhere in the galaxy.

In-game squadron divisions for the Silverbacks are present on all Elite Dangerous platforms: PC, Playstation, and XBox.


Do you have a Code of Conduct?

While we adhere somewhat informally to a command structure, we really don't stand on ceremony, and in general always promote the ideals of Liberty and Democracy. As such, we insist all members behave respectfully and civilly towards each other. All members are also given the opportunity to provide input on all important considerations for the squadron, and for the most part the role of the officers is to provide direction and unity to squadron operations, and not tell members what to do. All operations are strictly voluntary.

We promote the ethos of flying in Open, but this is by no means a requirement.

We promote consensual commander vs. commander operations, and the defense of new commanders or non-combatant vessels.

In the end, "don't be a dingus" pretty much sums it up.


In what systems are the Silverbacks active? Do you have a home system?

We have a presence in several systems near Leesti, publicly listed here. Our home system is Arexe. We also maintain an active contingent in and around Colonia, and regularly are present in the Pleiades to combat Thargoids. The main point, though, is that we are active in multiple operations all over the galaxy.


Can you provide a bit more detail about the operations you promote?

As stated above, the Silverbacks have a number of operations in place, from managing the BGS in our systems, destroying pirates, and combating the Thargoid threat, to peaceful exploration, trading, and mining. We also provide opportunities for commanders new to any aspect of the game to learn the ropes in tandem with some of the most seasoned commanders you'll find anywhere in the galaxy.

In addition, the Silverbacks support Interstellar Initiatives, work with a number of allied player factions, and endorse consensual commander vs. commander combat, including the defense of novice commanders and non-combatant vessels.

We also have commanders who engage in SRV or fast ship racing, daring SRV acrobatics, and general hooliganism. We even have a contingent actively pursuing CQC!

Mainly, we just want to have fun! All operations are voluntary.

If you have any further questions, please contact one of the squadron officers:

The Silverbacks: A Brief History


The Silverbacks formed decades ago following an anarchist coup of an independent system. Tired of political delays, a small wing of retired military veterans came together to help the local defense and relief effort against the Pirates.

The press painted The Silverbacks as a bunch of salty grandpas back from retirement to kick butt. The public ate it up. Flooded with new recruits, they ended the war leading the largest volunteer military in 200 years.

Today The Silverbacks are a reserve unit of vets and civilians providing humanitarian aid across the bubble. Missions include refugee transport, outbreak relief, and Fuel Rat security.

Did you stand in line for the original Star Wars movie in 1977... before it was labelled as Episode IV? Did you order Pong from the Sears catalog for Christmas? Did you waste endless hours on your new Atari 2600 the day it was released? Did you stack quarters on Ms Pacman at the arcade to show your place in line? Did you watch the Planet of the Apes TV series when it originally aired? If so, then you're a Silverback. Welcome home.