About Aid - The Allies


Aid - The Allies are a group of independent pilots that rose from the Quivira War. We literally followed the call for "aid" and rescued hundreds if not thousands of refugees. A few days later we united to support the Alliance of Independent Systems and those in need in the name of freedom and justice. Today we are running one of the most successful corporations in the northern bubble, the Perez Ring Brewery, which is currently the most populous faction in the galaxy. Our famous Perez Beer helps us to fund the good fight whenever and wherever necessary. In 3302, the largest attack on the Alliance since the insurrection of Alioth has forced us into a defensive war against the Federation, which has been won within weeks. But that's only one of many victories in which our group participated.


What makes us different to the other groups? Glad you asked! First at all, we're not an open group, we choose our members just like they choose us. But we're also not an elite club - the requirements to join us are actually quite low. We have Elite ranked members and mostly harmless rookies, parents and students, bounty hunters, traders, explorers - you name it.

The only rules are: Don't do piracy and don't be a jerk. Since we're an Alliance group we primarily want independent and Alliance pilots to join us, although we all raise our Federal or Imperial rank from time to time (for shiny new ships that ultimately help the cause).

The most important thing is that we want to get along well with each other. Our group is grassroots democratic, in fact there are no real leaders, and therefore it's important for us to have common goals and similar ways to play. This is why we talk to people before accepting their join request.

And this makes us maybe one of the most authentic groups in the bubble. 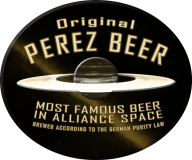 You can easily find us on our Discord!


You can join your Squadron Aid - The Allies ingame now!